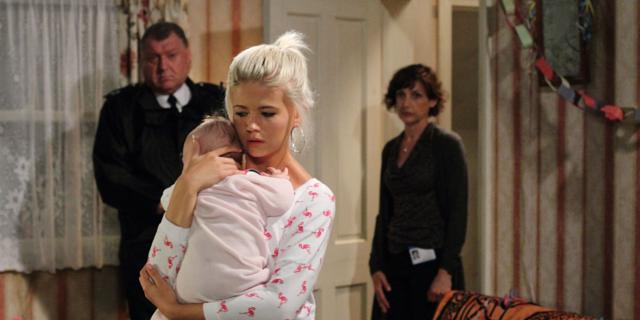 What are your rights when DHR is at your door? 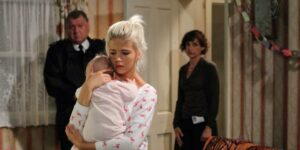 “USA TODAY asked 10 attorneys who represent parents in Florida dependency cases to share insight on parents’ rights and provide general tips on navigating a child protective investigation. While many of their suggestions are state-specific, some apply at the national level.”

From their reporting, these were the responses:

“It’s all about how you express yourself,” Brower said. “It’s much easier said than done, but it’s so important. Most (investigators) will understand your emotion but if you stay calm you can really de-escalate the situation.”

Candice Brower, regional counsel for Florida’s 1st District Court of appeals, oversees dependency attorneys in 32 north Florida counties. [Brad McClenny/The Gainesville Sun]
The investigation doesn’t end with that initial interview, so reacting in anger or defiance may harm your case and cultivate distrust with an investigator that’s tough to overcome, she added.

Your behavior may be certainly used as evidence against you later in court. In my experience, juvenile court judges do not know what it is like for social workers to show up at the door stoop; therefore, they expect the social workers to be treated with respect. “They are just doing their jobs.” You must appear to be the most reasonable one in the courtroom. This is especially true when the social worker is bolstering the power in the situation with threats.

Parents who choose to record should peacefully inform investigators that they are doing so to avoid confusion and for the benefit of both parties, she said. If an investigator becomes angry when you pull out your phone to record, you have proof that they reacted negatively while you kept your cool.

Child welfare workers should not retaliate against parents for acting in accordance with their legal rights, but the attorneys warned that in some cases investigators have threatened to take a child into state custody if parents did not follow investigators’ instructions.

Just like you have a right to record police officers, the First Amendment affords individuals the right to photograph and film police officers in public places and your home. (See Here)

THREE: Ask the purpose of the investigation

Parents in every state have the right to know the reason they are being investigated, to ask questions about the investigation, to be notified of any court hearings related to allegations against them and to be informed of the investigation’s outcome, according to the U.S. Department of Health and Human Services Child Welfare Information Gateway.

The notice shall be in writing and shall state the name of the child or children allegedly abused, the date or dates that the alleged abuse is thought to have occurred, and the substance of the person’s actions which are alleged to be abusive.

Parents can help alleviate concerns about their child’s safety by responding to investigators’ questions. Be cooperative, but set boundaries, attorneys said. Answer questions specific to the allegations.

I totally disagree with this suggestion. “Don’t Talk to the Police! Don’t Talk to DHR The Fifth Amendment protects both the guilty and the innocent.” Get you an attorney before you make any statements.

. . . even if you haven’t committed a crime, it’s dangerous to tell the police any information. You might make mistakes when explaining where you were at the time of a crime that the police interpret as lies; the officer talking to you could misremember what you say much later; you may be tricked into saying the wrong things by cops under no obligation to tell you the truth; and your statements to police could, in combination with faulty eyewitness accounts, shoddy “expert” testimony, and sheer bad luck, lead to you being convicted of a serious crime.

As a general rule, say yes if an investigator asks to see your child, the attorneys agreed.

“They’re immediately going to think something is wrong if they can’t check on your child,” Brower said. “It’s going to raise alarm bells.”

But parents can still set the terms for this interaction.

“Bring your child out front and let them talk to your child,” said Richard Currey, chief assistant regional counsel for Florida’s First Region.

If child welfare workers have concerns about your child’s medical care or physical well-being, you do not have to allow a doctor of the agency’s choosing to evaluate your child.

“If your child has an existing relationship with a pediatrician already, let your child be seen by (them) and let that pediatrician release an evaluation to (the Department of Children and Families),” Titus said.

“It’s not just illegal things they’re looking for,” said Rachel Chadsey, a former attorney for the Florida Department of Children and Families who now represents parents. “It’s anything and everything they can possibly use against you, (such as) the amount of people in your home that day and what their backgrounds are. … Probable cause (to remove your child) can be made on most anything.”

On principle, parents shouldn’t give investigators liberties that the law doesn’t demand.

“The more we cede,” Currey said, “the more they are going to take.”

They must have a search warrant.  In other words, they need to convince a judge that there is probable cause to believe you have used illegal drugs and that there is a danger to a child or crime has been committed for which that evidence would be relevant.

It’s not wise for parents to take a drug test – especially outside of a lab setting – for several reasons.

First, the urinary analyses that investigators use in the field are unreliable, attorneys said.

“False positives are a huge issue,” Goheen said. “I’ve had clients say they tested positive when they shouldn’t have.”

. . . And even if parents accurately test positive for an illegal drug or a medication they are not prescribed, that alone is not sufficient reason to take away their children, attorneys said.

“Someone can go out on the weekend and use a substance. That doesn’t necessarily imply that they continually use substances or that their child is in danger,” Silver said.

“I would advise people, don’t sign a release right then,” Titus said. “Talk to your provider and allow a very narrow scope of your records. You have the ability as a patient to not sign away your (health information) rights.”

NINE: Don’t agree to a safety plan without an attorney

Investigators may offer a safety plan if the agency does not have sufficient probable cause to persuade a judge to remove children from their parents, Titus said. Safety plans are supposed to have time limits but can last indefinitely. Yet if you refuse outright to consent to a safety plan, you risk the case going to court – which is why it’s crucial to consult an attorney.

Safety plan “agreements” can, like anything, be abused. Most parents don’t feel the process is “voluntary.” The threat of their children being placed in state foster care is beyond imaginable for most families. So, many parents will “agree” to anything to avoid that possibility. Additionally, as one study showed, parents describe the social worker’s perceived power over them as negative, “absolute,” “tyrannical,” indomitable, and “frightening.”

Safety plans generally avoid the judicial process. By relying on a family’s “voluntary” consent to an out-of-home placement, DHR is permitted to circumvent the need to provide due process protections to the family (No counsel, no court supervision, no ability to confront or even know accusers, etc.) As such, parents experience separation from their children without due process of law.  On the otherhand, when a dependency petition is filed, several hearings are had. At each, DHR bears the burden of proving that there is probable cause to suspect the child has been abused or neglected and that immediate removal was (or was) warranted.

Can a family reject a proposed safety plan? ABSOLUTELY!! However, such decision is ripe with danger. Such decision should be based upon the specifics of the allegations, the nature of the proposed safety plan, and only UPON ADVICE OF COUNSEL. (Seek counsel of a lawyer familiar with protective service law at this point.) A rejection of a proposed safety plan may cause of DHR to proceed immediately with judicial intervention. (Get a lawyer, if you haven’t already.) DHR possibly (and likely) can get a judge to issue an emergency pick-up order (without your presence or input.) (Again, get a lawyer.)  In such a scenario, you would have an emergency hearing within 72 hours before a judge, but your children may spend that time in foster care. (If I haven’t said it before, get a lawyer.)