Veterans: What Is Survivors Pension with Aid and Attendance? 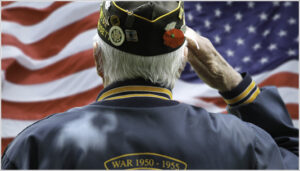 These programs provide tax-free income ranging from $735/month to $2,903/month. For younger totally disabled veterans, pension can also be available for dependent children. Eligibility requirements include active duty service for at least 90 days – with one of those days during a period of war – and an honorable discharge or a discharge classified as other than dishonorable. Service in combat zones is not required. For veterans of the Gulf War, the service requirement is 24 months or completion of the requirement for active duty service, whichever comes first.

Here is the Period of War chart for benefit purposes:

Survivor’s Pension will pay the difference between the surviving spouse ‘s gross household income and the applicable rate in the table below. There is a special provision, which we will explain later, that allows the spouse to deduct ongoing care and medical expenses from his or her income. These claimants must be “medically rated” in order to make these deductions and will qualify for a higher paying benefit.

Aid and Attendance
Survivor’s (Death) Pension is sometimes called the “Aid and Attendance Benefit.” This misnomer has become common place due to a general need for the aid and attendance of another person and a medical rating to qualify. The “aid and attendance” or “housebound” terms pertain to medical ratings and 16 different monetary allowances available with Veterans Pension, Survivor ‘s Pension, Disability Compensation, Dependency and Indemnity Compensation (DIC) and certain forms of Special Monthly Compensation (SMC).