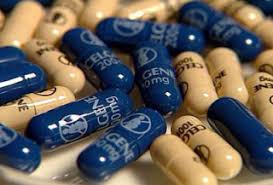 The U.S. Justice Department said on Tuesday that Celgene Corp (CELG.O) had agreed to pay $280 million to settle a lawsuit that accused the company of promoting its cancer drugs Revlimid and Thalomid for off-label uses.

The case initiated under the False Claims Act by a private citizen, this time a former employee.

Brown, a former sales representative for the company, sued New Jersey-based Celgene in 2010, bringing claims on behalf of the federal government and about two dozen states, including California, Illinois, Texas and New Jersey. The case was unsealed in 2014.

Brown claimed that Celgene engaged in the off-label marketing of its drugs, which caused off-label prescriptions that were ineligible for reimbursement to be submitted to Medicare and state Medicaid programs, violating the federal False Claims Act.

The whistleblower lawsuit was filed in United States District Court by Beverly Brown, who was employed as a sales manager by Celgene, under the qui tam provisions of the False Claims Act and similar laws of the District of Columbia and the 28 states included in the lawsuit. Under the False Claims Act, private citizens can bring suit on behalf of the United States and share in any recovery. The United States may intervene in the lawsuit, or, as in this case, the whistleblower may pursue the action.

Through a negotiated settlement and a court order, whistleblower Beverly Brown has received a total relator share award of more than $78 million for her efforts in obtaining a $280 million False Claims Act settlement against Celgene Corporation. The $280 million settlement was the second largest recovery ever recorded in a non-intervened case brought under the federal False Claims Act and the relator share award to Brown is also among the largest in history.

Normally, a whistleblower will dismiss the case if the government elects to not intervene in the case, but not Brown.

After Brown filed suit, the case remained under seal for four years while the government investigated. In 2014, the government declined to intervene, leaving Brown to either dismiss the case or pursue it on her own. Brown elected to pursue the case on her own.

Are you aware of fraudulent acts by a business? Even if you are a former employee of a business or even an actual competitor, the law rewards you for reporting that fraud. Make sure you consult a lawyer to maximize and preserve your reward. Here are some other examples: here, here.

On December 21, the DOJ announced:

The Department of Justice obtained more than $3.7 billion in settlements and judgments from civil cases involving fraud and false claims against the government in the fiscal year ending Sept. 30, 2017, Acting Assistant Attorney General Chad A. Readler of the Justice Department’s Civil Division announced today. Recoveries since 1986, when Congress substantially strengthened the civil False Claims Act, now total more than $56 billion. . .

Of the $3.7 billion in settlements and judgments reported by the government in fiscal year 2017, $3.4 billion related to lawsuits filed under the qui tam provisions of the False Claims Act. During the same period, the government paid out $392 million to the individuals who exposed fraud and false claims by filing a qui tam complaint.