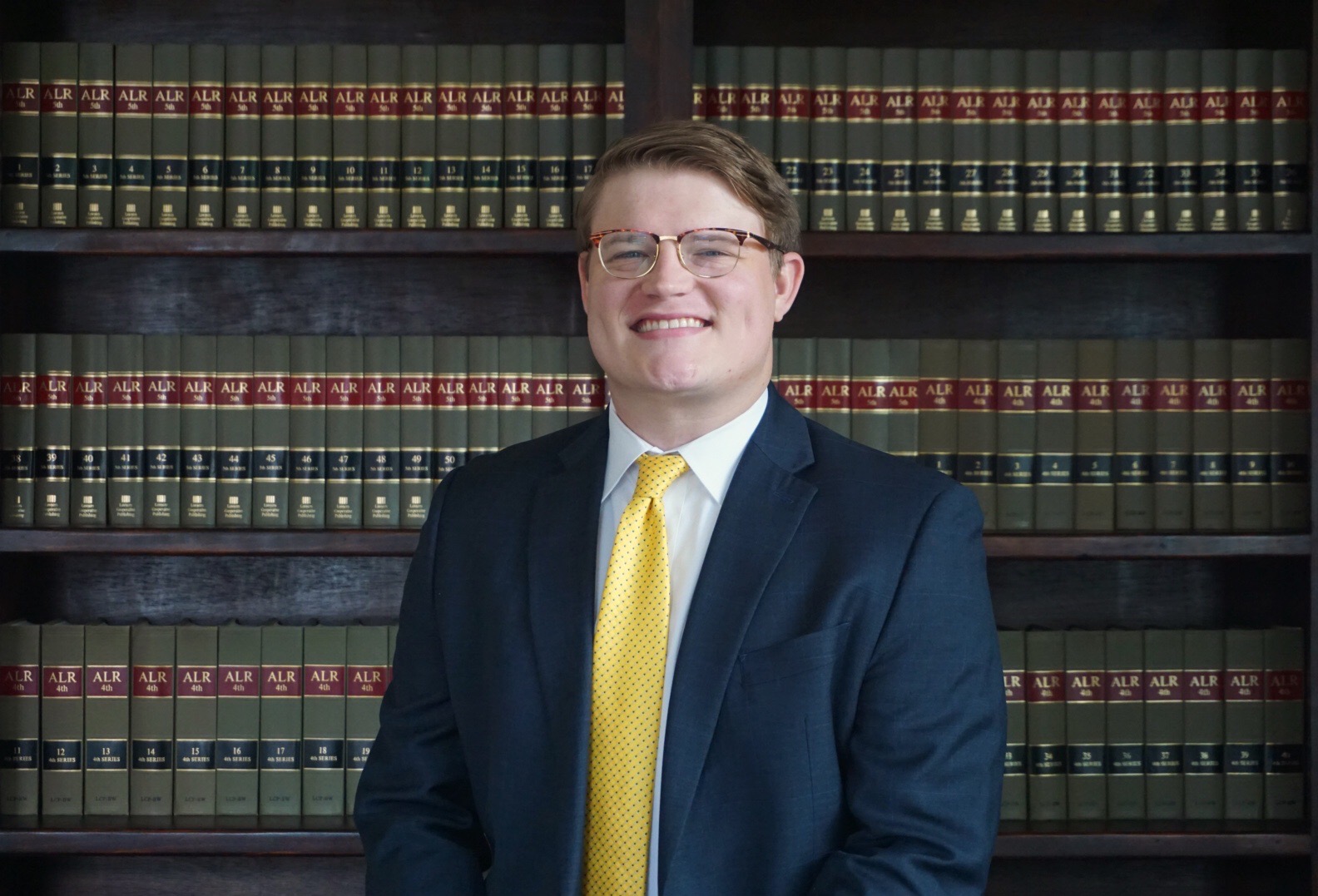 Phil Fikes joined the firm as an associate attorney in 2021. He is from Tuscaloosa, Alabama, and received his Bachelor’s Degree from the University of Alabama, and his Juris Doctorate from Faulkner University Thomas Goode Jones School of Law.

While in law school, Phil was an editor on the Faulkner Law Review, and an active participant for the Faulkner Law Board of Advocates. He was named champion of the 2018 Vernon Hein Closing Argument Competition, as well as the 2019 J. Greg Allen Mock Trial Competition. Phil also served as a Sir Edward Coke Fellow with the Blackstone & Burke Center for Law & Liberty under former Dean Allen Mendenhall. He gained invaluable experience as a law clerk for various state offices such as the Tuscaloosa County District Attorney’s Office, the Alabama Court of Criminal Appeals, and the Alabama Attorney General’s Office.

Phil handles a variety of legal issues at our firm, including, but not limited to, criminal defense, civil litigation, estate planning, and domestic relations. As a certified Guardian ad Litem, he represents the interests of minors in custody, dependency, and delinquency cases throughout the state.