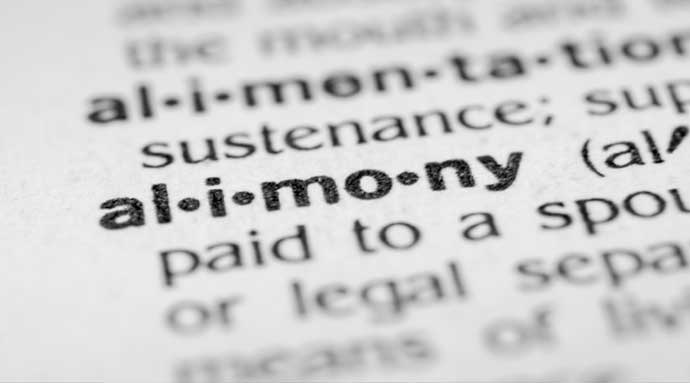 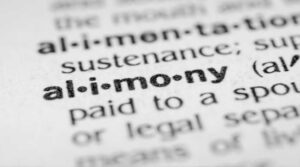 As I discussed in a previous post, the Alabama legislature passed new legislation affecting several areas of divorce litigation. Today, I will discuss the substantial changes to alimony rules. Major caveat: The new statute applies only to divorces filed on or after January 1, 2018. (At the end, I also briefly mention the impact of the new tax bill for alimony as well.)

But first, what is alimony? Alimony is separate and distinct from the equitable division of marital property. Alimony is an amount the court orders one person in a divorce to pay their ex-spouse in order to maintain their spouse in the standard of living they were accustomed to during the marriage.

In Alabama, there is no statutory for formula like other states. (See this multi-state calculator for a sample.) The American Academy of Matrimonial Lawyers suggests the following formula:

A most helpful case in understanding periodic alimony is the case of Rieger v. Rieger, 147 So. 2d 421 (Ala. Civ. App. 2013). The Rieger Court began its analysis by noting that not every divorce spouse is entitled to periodic alimony, thus it is not mandatory. Instead, the decision of whether to award period alimony rests solely within the discretion of the court.

While I think practically remains the law, this technically has changed. The new statue requires  the court to award (“the court shall award”) rehabilitative or periodic alimony the court “expressly” finds certain conditions are present in the case. (The conditions give judges a lot of wiggle room through broad language.) If those conditions are present, the judge is mandated to award rehabilitative alimony, unless he expressly finds its not feasible, for a period not to exceed 5 years. If the court finds rehabilitative alimony is not feasible, then the court shall award periodic alimony. Otherwise, if a party can prove that they cannot maintain the “status quo” yet the other side can’t pay, the court can reserve jurisdiction for alimony.

The Reiger court noted that property divisions should be equitable, not equal, and lists a series of factors which a court should use to determine alimony. These factors include: “the earning capacities of the parties, their future prospects, their ages, health, and station in life; the length of the parties’ marriage; and the source, value, and type of marital property.”

The goal of the court, then, should be to determine whether the spouse petitioning for alimony has demonstrated an actual need for support in order to sustain the standard of living enjoyed during the marriage (“preserve the economic status quo” in language of the new statute) and whether the responding spouse can and should meet that burden.  While a divorce judge has a great deal of discretion in deciding whether to award alimony, the court may act arbitrarily and capriciously by denying it when the petitioning spouse has shown a need and the responding spouse has the ability to
pay.

To prove the need for periodic alimony, a spouse must show that he or she will be “unable to sustain the parties’ former marital lifestyle” absent the support. The party must establish what the standard and mode of living was during the marriage as well as the nature of the costs of maintaining that standard. The spouse should then show his or her own individual assets, including the separate estate, marital property received as part of the
settlement or property division, and wage-earning capacity, again, taking into account the age, health, education and work experience of the petitioning spouse as well as prevailing economic conditions, as well as any rehabilitative alimony or benefits used for assistance in maintaining
and obtaining employment. There is an express list of items now including the special one: “if the party has primary physical custody of the child of the marriage whose condition or circumstances make it appropriate that the party not be required to seek employment outside the home.” If the spouse can show that, while using his or her assets, there is an inability to routinely meet all of the financial costs of maintaining the former marital standard of living, then the need for additional support is proven.

The second major step: the judge must next determine whether the other spouse can pay that amount and, if not, what amount the spouse could regularly meet.  The Rieger suggested judges should use net, rather than gross, monthly income as the basis for their calculation. The statute now mandates net income. In determining ability to pay, the court should take into account all of the responding spouses financial obligations, including those created by the divorce. The court must take into account the responding spouse’s ability to maintain the former marital lifestyle as well.

Per the new statute, lastly the court must determine the “equitable amount.” Since it is rare that one income is as good as two, it is rare that a responding spouse will be able to fully meet the needs of the petitioning spouse. Because of this, the court should determine the amount that the responding spouse can “fairly pay” consistently.The new statute delineates matters such as length of marriage, relative fault, prior contributions, lost opportunities, and excessive expenditures during the marriage.

Duration of alimony obligation, per the new statute, is now presumptively the length of the marriage. Unless however, the marriage lasted longer than 20 years, then there is no time limit.

The new statute does not alter these broad principles which have been present in precedential case law, but have irregularly been applied.

§ 30-2-52 remains unchanged; it still states that if the divorce is granted in favor of one spouse due to misconduct by the other spouse, the court may take that into consideration when determining the amount of alimony, but may not include any property acquired prior to the marriage or by inheritance or gift.

§ 30-2-55 similarly remains unchanged: it still states that periodic alimony shall terminate upon petition showing proof that the spouse receiving alimony has either remarried or is cohabitation with a member of the opposite sex. However, the new statue states that alimony can be modified on a showing of material change of circumstances.

Another major change, I think, in the new statute is a specific provision which allows a party to specifically obtain alimony and recover court expenses incurred in pursuit of pendente lite alimony or “equitable access to the marital property” before trial. Often, one party will leverage control of assets so that their spouse cannot retain counsel. The statute seems to grant an ex parte (without notice to the other side) right to obtain pre-trial alimony “in case of an emergency.”

On top of these state level changes, Congress passed a new tax code which impacts alimony. Per CNN Money:

The final version of the tax plan . . . eliminates the tax deduction for alimony payments. Divorce lawyers say this move could make ending marriages an even more drawn-out and expensive process, and the change could be particularly painful for lower-income couples.

How will this impact alimony litigation? listen to this one divorce attorney:

“This deduction is a major, major factor in negotiating a settlement, and in terms of what a judge will give. This will dramatically change the landscape,” said Taub.

While alimony is getting statistically rarer, Taub said it still figures into most of the divorces he works on in his New York-based practice. Many of his cases involve long-term marriages and high-earning couples where one spouse — typically the wife — stayed at home to raise children.

Some 12 million tax returns claimed a deduction for paying alimony in 2015, according to IRS statistics. . .

“Payers will be less likely to agree to pay alimony because they will not get the tax break that they had previously received and judges will take the tax consequences into consideration as well, and I believe will order less alimony,” said Mary Kay Kisthardt, a professor of matrimonial law at the University of Missouri-Kansas City School of Law.