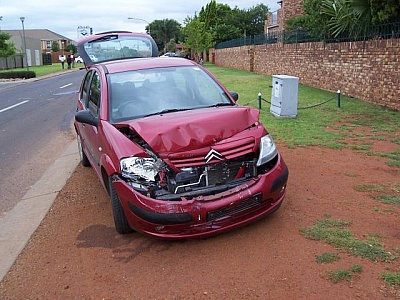 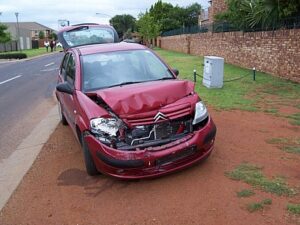 My family now has personal experience with the staggering impact of even minor traumatic brain injury. Out suffered a brain injury from simply water skiing. It certainly gives me new perspective and consideration on the lingering impact of brain injuries following car wrecks or domestic violence.

Out of all of the injuries a person can suffer in an automobile accident, brain injuries are probably one of the worst. The consequences of a brain injury are often severe and long-term. Brain injuries can be as minor as concussions, headaches, and dizziness or involve more serious conditions like memory loss or physical damage to brain tissue. Brain injuries can be difficult to detect and should be treated immediately by a medical professional. . .

In a half-decade survey of traumatic brain injuries (TBIs) conducted by the CDC, car accidents were the third leading cause of TBIs and, more disturbingly, the second leading cause of TBI-related deaths. A variety of factors involving automobile accidents can lead to a TBI. The head striking the windshield, dashboard or side window can lead to a TBI. Likewise, a blunt object colliding with the skull can also cause such injuries.

Conversely, injuries such as whiplash, where the head is tossed back and forth without any real impact with another object, can also produce a TBI. Since the brain is merely floating within a pool of cerebrospinal fluid, all that is protecting it from colliding against the inside of the skull is a series of membranes no thicker than 100 microns. This is why victims of whiplash injuries should have themselves tested for TBIs immediately following their accident.

But the legal issues surrounding brain injury are not limited to car wrecks, just last year:

In a ruling that could apply to many sports, a federal appeals court says the governing body for water polo in the U.S. can be sued for failing to protect an athlete from serious head injuries by letting her return to play after she suffered a concussion.

Sports organizations and managers of recreational areas cannot be sued for injuries that are considered an inherent part of the sport, like a hard tackle in football or a hit batter in baseball. But injuries to a player who is sent back to the pool after a concussion are not “an inherent risk in water polo,” and the sponsoring agency, USA Water Polo, can be held responsible, the Ninth U.S. Circuit Court of Appeals in San Francisco said Wednesday.

This should draw attention from every Coach and Rec League, Travel Ball Team and Boards of Education! In this case, a 15-year-old water polo goalie was struck in face by ball, but continued playing in tournament throughout the day despite demonstrating concussion symptoms, taking more shots to the head. She’s diagnosed with post-concussion syndrome, has to withdraw from school. The governing board can be sued for negligently failing to implement concussion protocols.

And in a similar case,

The parents of a 17-year-old Oregon high school student have filed a $38 million lawsuit against the Hermiston School District, claiming it failed to properly respond to a concussion their son suffered during a football game and now he has permanent brain damage.

Athletic officials at Hermiston High School didn’t treat Connor Martin or tell his parents about a concussion he suffered in a helmet-to-helmet collision during a September 2016 junior varsity football game, the suit says. The boy was 15 then.

The district’s athletic trainer cleared the teen to play four days later, despite lingering symptoms of concussion, the suit says.

At a game in October 2016, he hit his head repeatedly and suffered injuries that knocked him unconscious, exacerbating the earlier concussion, according to the lawsuit.

In my experience, concussions and brain injury are completely overlooked in domestic violence cases:

Concussions in athletes have received attention in recent years, but experts are now looking to address the needs of a large, yet overlooked, population – domestic abuse victims.

One in three women and one in four men have been physically abused by an intimate partner in their lifetime. There are 10 million victims of domestic abuse a year, of which 76 percent are women, said Dr. Glynnis Zieman of the Barrow Neurological Institute.

And that number is underreported, she added.

Most of the blows from an abuser are to one of the most vulnerable parts of the body and, over years of daily and weekly incidents, those hits take a toll.

“In a domestic violence situation, a lot of the abuse is focused on the head,” said Jonathan Lifshitz, director of the Translational Neurotrauma Research Program at the University of Arizona. . .

Women typically have smaller heads and weaker necks than men, Zieman said. Female athletes are nearly 1½ times more likely to get a concussion than male athletes playing the same sport.

Women are more likely to have depression, anxiety, and migraines, all of which are common concussion symptoms. That complicates diagnosis and recovery, she said. . .

“You can imagine what a trial looks like,” he said. “If the assailant says she has a history of drinking, and now she gets on the stand and it sounds like she’s drunk, the jury’s not going to listen to her,” even though a brain injury caused the slurred speech.

Zieman’s team also studied the stigma surrounding domestic violence. About 20 percent of patients had sought medical care before coming to the specialized clinic, even though 81 percent had reported too many injuries to count, and about 80 percent said they had lost consciousness from their injuries.

The research and treatment of brain-injured domestic abuse victims is still in its infancy, Lifshitz said. He hopes to see the circle of care he’s worked on – where domestic violence victims are evaluated by law enforcement, physicians, social workers and legal professionals – adopted elsewhere.

From our experience, medical science has a long way to go to understand brain injuries.