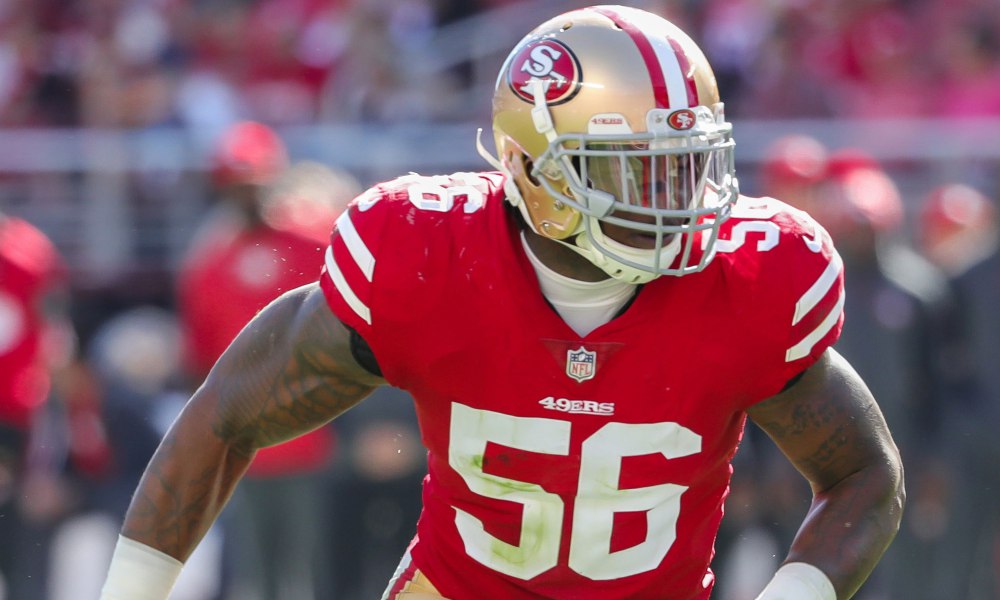 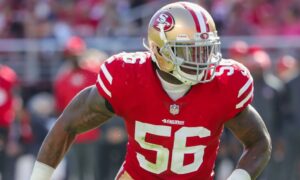 Now we learn that former Crimson Tide standout and current 49ers rookie linebacker Reuben Foster has been arrested in Tuscaloosa for Possession of Marijuana in the Second Degree.  Per Al.com,

A former Alabama star linebacker was arrested in Tuscaloosa on Friday.

Reuben Foster, who just finished his rookie season with the San Francisco 49ers, was arrested and charged with second-degree possession of marijuana, according to the Tuscaloosa County Sheriff’s Office arrest database.

Bond was set at $2,500 for Foster, who was a first-team All-American for the Crimson Tide in 2016 and also won the Butkus Award.

First, we do not know the specific facts of this arrest, but remember the difference between constructive possession vs. actual possession. (Wilder’s case involved marijuana which belonged to someone else but was found in the vehicle in which he was driving.)

In Alabama, there are three basic charges for possession of marijuana. Foster has been charged with the lowest level offense. Unlike other states which have a quantity threshold between misdemeanor and felony marijuana cases, Alabama has a mere purpose distinction; the purpose is derived from the circumstances. Foster has been charged with violation of 13A-12-214, Possession of Marijuana in Second Degree, which reads:

A person commits the crime of unlawful possession of marihuana in the second degree if, except as otherwise authorized, he possesses marihuana for his personal use only.

“For personal use” is usually charged in cases where there is a joint found or maybe a single baggie containing marijuana. The range of sentence is up to 12 months in jail and/or up to a $6000 fine plus court costs. Normally, a first time POM2 case will lead to a 60-90 days sentence, suspended, placed on probation, and a few hundred dollars in fines. (Wilder received a 30-day suspended sentence and two years of probation and 60 hours of community service.) Often drug education and screening is mandated.

Compare and contrast that with Possession of Marijuana in the First Degree, 13A-12-213(1):

A person commits the crime of unlawful possession of marihuana in the first degree if, except as otherwise authorized: 1) He or she possesses marihuana for other than personal use

However, although not seemingly at play in this case, a small amount can translate into a felony, too. 13A-12-213(2) states:

For instance, if Deontay Wilder is convicted later for another small amount of marijuana for a personal use, the charge would be a Class D Felony instead of a misdemeanor.

All that being said, you can be charged with trafficking regardless of purposes if a person possessed more that 2.2 pounds of marijuana and/or its oils and refuse. (And this includes seeds, roots, plant stalks, etc.)

Any person who knowingly sells, manufactures, delivers, or brings into this state, or who is knowingly in actual or constructive possession of, in excess of one kilo or 2.2 pounds of any part of the plant of the genus Cannabis, whether growing or not, the seeds thereof, the resin extracted from any part of the plant, and every compound, manufacture, salt, derivative, mixture, or preparation of the plant, its seeds, or resin including the completely defoliated mature stalks of the plant, fiber produced from the stalks, oil, or cake, or the completely sterilized samples of seeds of the plant which are incapable of germination is guilty of a felony, which felony shall be known as “trafficking in cannabis.” Nothing in this subdivision shall apply to samples of tetrahydrocannabinols including, but not limited to, all synthetic or naturally produced samples of tetrahydrocannabinols which contain more than 15 percent by weight of tetrahydrocannabinols and which do not contain plant material exhibiting the external morphological features of the plant cannabis

Alabama does have a very narrow medical marijuana statute:

In a prosecution for the unlawful possession of marijuana under the laws of this state, it is an affirmative and complete defense to the prosecution that the defendant possessed cannabidiol (CBD) because he or she is the parent or caretaker of an individual who has a debilitating epileptic condition and who has a prescription for the possession and use of cannabidiol (CBD) as authorized by the UAB Department, and where the parent or caretaker’s possession of the CBD is on behalf of and otherwise for the prescribed person’s use only.

On a related note,

An Alabama lawmaker believes it is time to decriminalize some of the state’s drug possession laws, especially those dealing with marijuana.

Birmingham Representative Patricia Todd said there are people in courts and jail on drug convictions.

She said some of those folks were busted for a small amount of marijuana and she doesn’t believe that is fair. “This would be if you had an ounce or less you would just get a citation like a speeding ticket,” Rep. Todd said.

Todd plans to push a bill in this legislative session to scale back the penalties for marijuana possession. “The court system is so clogged with a lot of these possession charges. So we need to clear some of that out of the court system. Let’s follow the movement across America,” Todd said. . .

Todd realizes her bill faces an uphill fight in the Alabama legislature but she believes its time has come considering the mood of the country.

Thirty states and the District of Columbia currently have laws broadly legalizing marijuana in some form.

Several states including Oklahoma and Utah are set to possibly legalize it in 2018.