Can you profit from PPP loan fraud? Yes, you can. 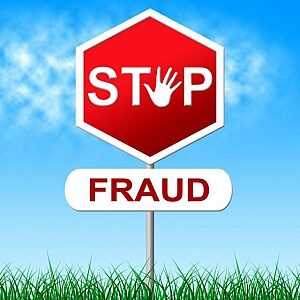 You need to read this crazy story about the rampant fraud surrounding the Paycheck Protection Program loans.

In total, ProPublica found 378 small loans totaling $7 million to fake business entities, all of which were structured as single-person operations and received close to the largest loan for which such micro-businesses were eligible. The overwhelming majority of them are categorized as farms, even in the unlikeliest of locales, from potato fields in Palm Beach to orange groves in Minnesota.

The Kabbage pattern is only one slice of a sprawling fraud problem that has suffused the Paycheck Protection Program from its creation in March 2020 as an attempt to keep small businesses on life support while they were forced to shut down. With speed as its strongest imperative, the effort run by the federal Small Business Administration initially lacked even the most basic safeguards to prevent opportunists from submitting fabricated documentation, government watchdogs have said.

153,164 businesses in Alabama received these loans. This number certainly includes many fraudsters.

So how can you profit from this fraud?

The first civil settlement to resolve allegations of fraud against the Paycheck Protection Program of the Coronavirus Aid, Relief, and Economic Security (CARES) Act has been entered into today by the Department of Justice, U.S. Attorney McGregor W. Scott announced.

SlideBelts Inc., an internet retail company and debtor in bankruptcy, and Brigham Taylor, the company’s president and CEO, have agreed to pay the United States a combined $100,000 in damages and penalties to resolve allegations that they committed fraud. SlideBelts also repaid the Paycheck Protection Program funds it received.

The CARES Act was enacted on March 29, 2020, to provide emergency financial assistance to the millions of Americans who are suffering the economic effects caused by the COVID-19 pandemic. One source of relief provided by the CARES Act was the authorization of up to $349 billion in forgivable loans to small businesses for job retention and certain other expenses, through the Paycheck Protection Program. In April 2020, Congress authorized over $300 billion, and in December 2020, Congress authorized nearly $285 billion in additional Paycheck Protection Program funding.

The statute authorizes a reward of up to 30% of the recovery to the whistleblower.

Here are some other examples:

Are you aware of a business that received PPP loans and:

Let us know if you know of a business engaged in PPP loan fraud. This could include allegations including, but by no means limited, to the following: