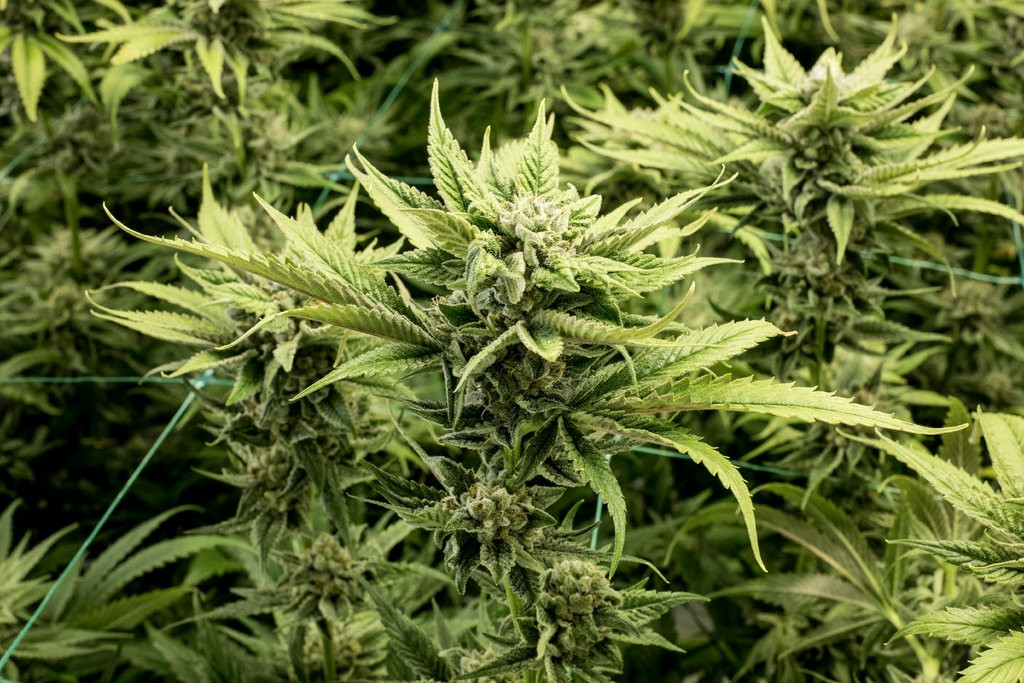 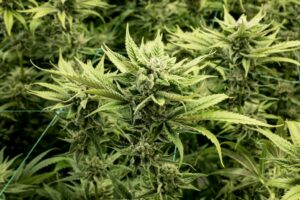 A new article entitled “In Alabama, Black People Are 4 Times More Likely Than White People To Be Arrested For Marijuana Possession,” reports about a fairly typical person in Alabama:

Wesley Shelton was dozing off on a park bench in Montgomery County, Alabama, when a police officer approached him in late 2016. The officer asked if he could search the 56-year-old Black man, and found a $10 bag of marijuana. Shelton was brought to jail, charged with a felony, and given a $2,500 bond because he didn’t have a consistent home address. Shelton couldn’t scratch up even the $250 required to post bond. So he sat in jail indefinitely, while prosecutors waited for a drug lab report from the state’s overburdened forensic agency.

For months, Shelton begged for a bond reduction and then just to plead guilty. In one letter to a court clerk, he wrote, “I’m [sic] admit my guilt. I was in possession of marijuana. I’ve written 5 time [sic] asking for a bond reduction. I’ve received not one answer, from the court. … I’ve never in my life feel [sic] so totally helpless, with no end. Help me please.”

After 15 months in jail, authorities finally allowed him to plead guilty to the felony, despite the state’s failure to test the drugs he was accused of possessing.

The story is anecdotal corroboration of a new study recently released:

Shelton is just one of thousands of Black residents who have been harmed by Alabama’s “War on Marijuana,” according to a new report by the Alabama Appleseed Center for Law and Justice and the Southern Poverty Law Center.

In Alabama, 60% of the marijuana possession arrests are of Blacks, yet Blacks account for less than 25% of the population. This is telling because it is clearer than ever that African-Americans and whites use marijuana at the same rates.
In another study,

The injustice of the current system in Alabama is especially aggravated for four reasons:

One, thirty-one states and the District of Columbia currently have laws broadly legalizing marijuana in some form.

Two, in Alabama, possession of a small amount of marijuana can be treated as a felony. So consider how simple constructive possession of a joint can send a person to prison for many years. Currently, I have a client (who is white) that was arrested for a joint found in his car. Normally, this would be Possession of Marijuana in the Second Degree (POM2), a class A Misdemeanor. However, several years ago, he was convicted for POM2 for possession of a joint by municipal court in another county. So, because he had a prior conviction for POM2, this new arrest was enhanced to Possession of Marijuana in  the First Degree, a Class D felony. Pursuant to the Alabama Felony Sentencing Guidelines, he faces 15 to 97 months in prison without possibility of probation. (He will likely receive a sentence of 56 months in prison.)

Whereas if he had committed the exact same act in a number of states, he would not have even been arrested.

Third,the mere use of marijuana causes a host of people of probation or parole to return to prison.

This is no small matter. According to state data, about half of those paroled from prison in 2012 returned to prison within three years. Of those, five times as many had their parole revoked for technical violations as were returned for new offenses.

Fourth, the mere smell of marijuana casts away a person’s constitutional rights of the Fourth Amendment.

But because the courts won’t typically second-guess the motives of police officers, this essentially becomes an instructional on how to conduct a warrantless search. Simply claim to smell marijuana. In states like Virginia, [Alabama], and Florida, an officer’s claim to have smelled pot alone is enough to justify a vehicle search. (Although in Arizona, it is not enough to justify a search of your home.) In Texas, it was recently used to justify a cavity search of a woman’s vagina. In fact, in Kentucky v. King, the Supreme Court case Fleischman mentions, the officers only knocked on the door to the apartment in question by mistake. The court found that so long as the mistake was unintentional, it didn’t matter.

So if you’re a cop who wants to search a home without a warrant, simply knock on the door, claim to have heard “rustling around” or to have smelled marijuana. Break in and search the home. If you find something illegal, make your arrests and celebrate your success. Just remember to note what you smelled or heard on your report, and be sure to note that you originally knocked on the door after mistaking it for a different one.

[Alabama insert is mine]